Hells Gate Bass Club awards were announced at the banquet at the Chamber of Commerce Building Friday January 17th. The converted Angler of the Year was, for the 2nd year in a row, won by Don Welch of Mineral wells. Welch also won the Champions of Champions Tournament in May and was the Top 10 Tournament winner. Not to be outdone, Sherlyn Welch, Don’s wife, won Lady Angler of the year. Sherlyn commented that “she would have to clear more space on the mantle to make room for all the hardware”.

Top 6 Award Winners were Welch, Bobby Koncak, Smith, Boenisch Mike Hallford and Eddie McCracken, all were awarded club jackets and will represent the club in the Bass Clubs of Texas Top 6 Tournament in September. The remainder of the top 10 were Steve McCain, Tony Wallace, John McCracken and Robert Baldwin. The Top10 places fish their own tournament in May to determine the top 3 places.

Anglers eligible to fish in the Tournament of Champions Tournament in May for winning a Monthly Tournament are Welch (3), Koncak (2), Smith (2), Boenisch (3), Eddie McCracken McCain and Baldwin.

A special presentation was made to Jannet McCracken for 25 years of service to the club as Secretary/Treasurer. Jannet worked many nights and weekends to keep the Bass Club’s books afloat and the bylaws lined out. The club member both past and present thank you for your years of dedicated service.

Please use any or all of the pictures, you always do a great job. Thank you for running our articles throughout the past year. Our members always get a kick out of seeing their names and pictures in your papers. 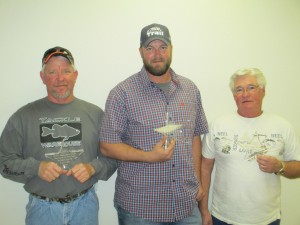 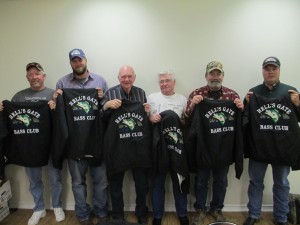 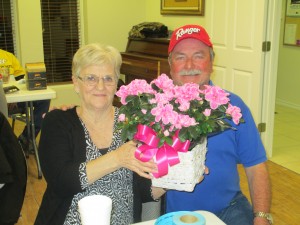 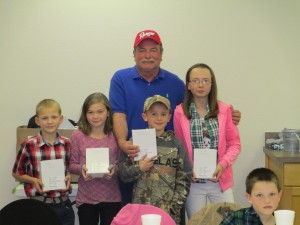 The 1st picture is of Barry Smith, Big Bass of the Year, Bud Boenisch, Rookie of the Year and Don Welch Multiple winner.

3rd picture is of Steve McCain presenting a bouquet to Jannet McCracken for her years of service to the club.