Steve McCain made a rare catch during the Hells Gate Bass Club’s October Tournament. A Black Bass. I mean a black black bass. The fish had just a little white on the under belly but was otherwise totally black. Long time lake residence had not seen such a unique colored fish at P.K. for over 20 years. Now whether the fish spent all its time out of the sunlight or whether it was from a genetic rarity, no one could say. “It was definitely a bass” fishing guide Barry Smith was heard to say. So there you have it.

Day 2, Koncak turned the tables on Welch, with a flat 18lb on 5 fish, Welch turned in a string of 3 fish tipping the scales at 10.53lb. Bruce Ray jumped up to the 3rd position, Mineral Wells Johnny Hicks snagged 4th while Steve McCain eased into the 5th hole.

In the Year to Date Race, McCain continues to lead by a reduced margin over Barry Smith, while Hicks made a substantial gain to land in the 3rd position. Koncak and Welch filled the 4th and 5th slots.

Tony Wallace’s 9.18lber from May is still the Big Bass for the year.

The next tournament will be the Away Tournament for the Year to be held at Toledo Bend Lake October 16th.

Next club meeting will be held at P.K. Industries at 7.00pm on November 10th. If you are interested in joining the club, come on by. 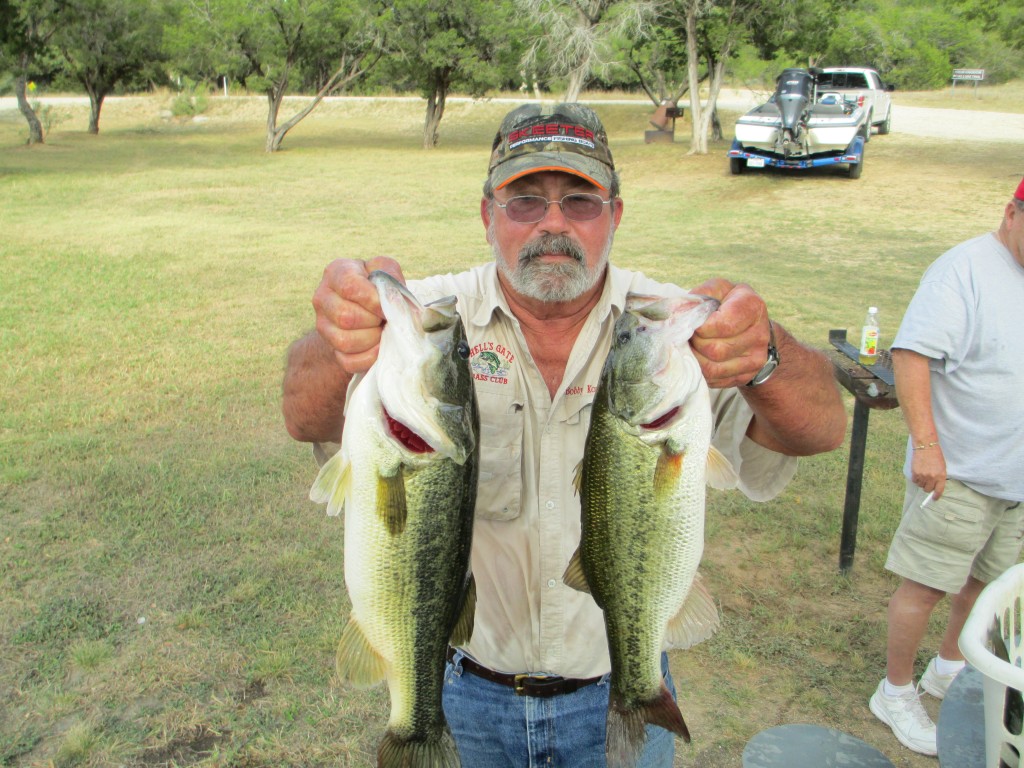