Barry Smith captured another monthly win in the Hells Gate Bass Club September Tournament. Smith now has won 4 monthly tournaments in 2015, the latest coming Sunday on Possum Kingdom Lake. Steve McCain stepped into 2nd place while Mike Hallford grabbed 3rd and points leader Bobby Koncak and Graham’s Eddie McCracken rounded out the top 5. Under overcast skies in the morning which cleared away in the afternoon, added to having had the Texas High School Tournament fished on P.K. on Saturday fish were tough to come by all the competitors agreed.

Koncak maintained his hold on the Year to Date points lead, with both Smith and McCain gaining some ground in 2nd and 3rd, Hallford held on to 4th place and Mineral Wells’ Don Welch remained in 5th place. The October tournament to be fished at P.K. carries double points and Koncak has already declared that he will not be fishing, so Angler of the Year is still up for grabs. 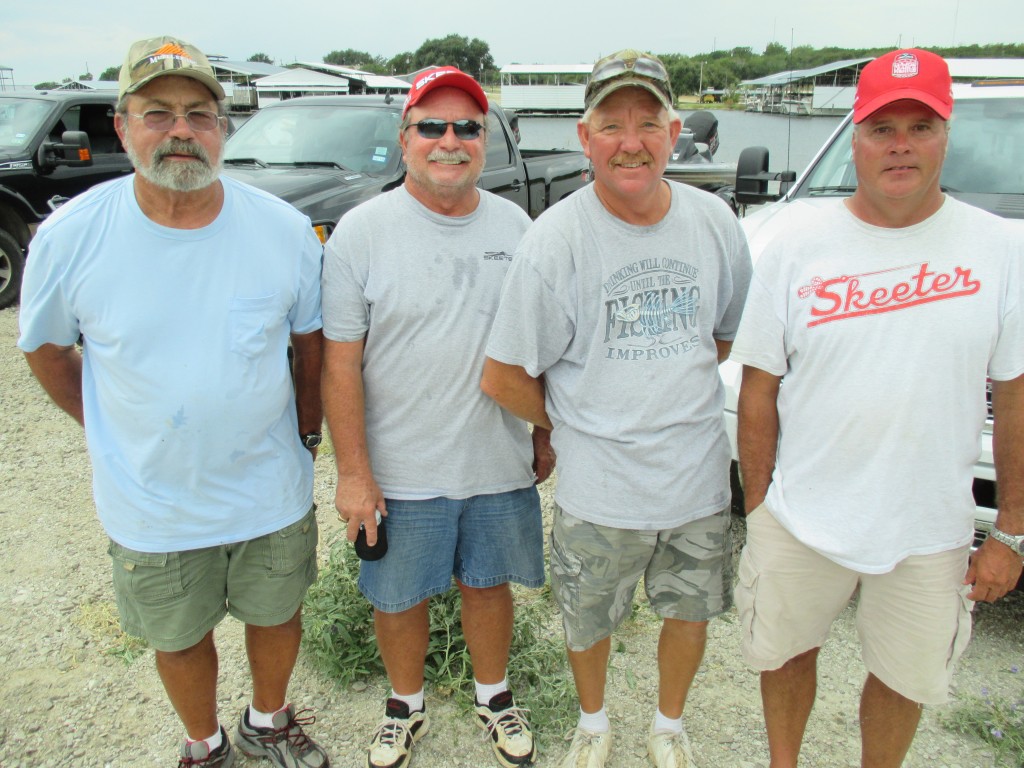 Picture #1. Barry Smith with 2 of his winning string. 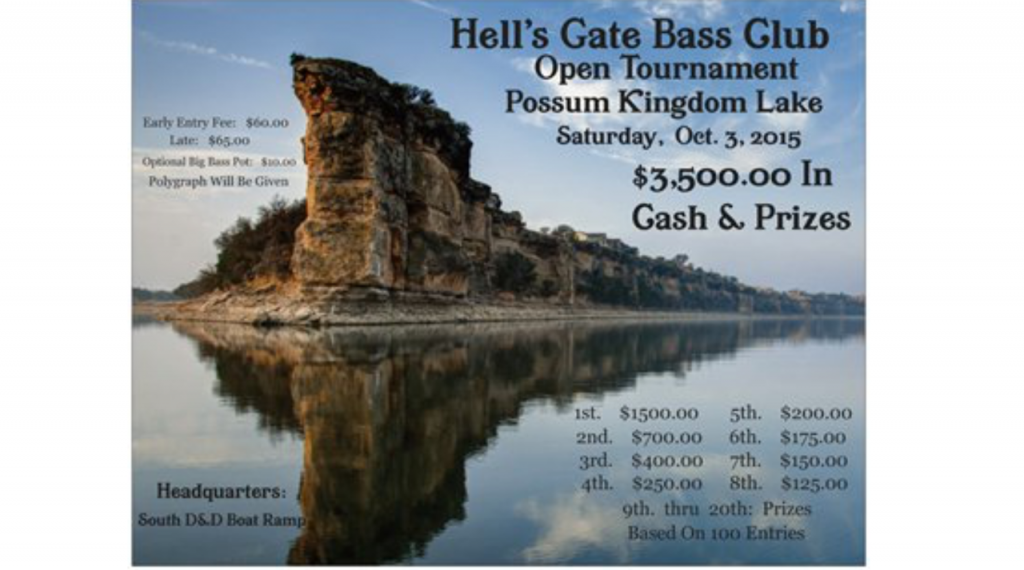 Hells Gate Bass Club will be hosting an open bass tournament on October 3rd at Possum Kingdom Lake. Tournament hours are from 7.00 am to 3.00 pm. Prize money through 8th place and prizes 9th through 20th place based on 100 entries. For more details go to the club website, hellsgatebassclub.com, contact Club President Bruce Ray at bray@southwestford.com or call Ric Hayward at 940 654 0804.